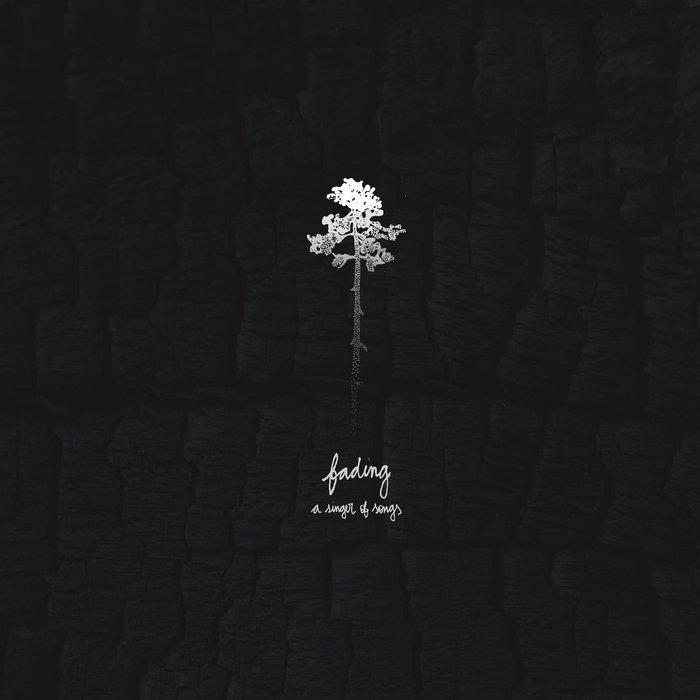 RecordBook If you type "a singer of songs" into Facebook browsing bar you'll find a fan page of a music group from Spain. By the information from its page you'll know they're play "indie/folk/something" and in "other information" field they affirmed they sings songs. They do. And they doesn't really cares about genre. But it is indie, it is folky, and it is something.

Lieven came to Spain as a lonely refugee from Belgium ten years ago. He sang songs alone for a long while. He released "I Dig For Gold" in 2008 as a some sort of self helping therapy. As he admits it was a hard, dark time for him and writing those personal songs somehow helped him going. Therapy worked and Lieven released four albums after that. In meantime he assembled a band of other  refugees with drums, violin and double bass. Fifth album was written in his notebook and then arranged and recorded at the farm in the middle of nowhere during the winter. It was cold and very windy and maybe this makes "Fading" so intimate, like quiet whispering to yourself under the blanket on a cold, rainy night.

I like sad songs. Songs about unfulfilled love, about autumn, rain, winter... I think they're more authentic than Pharrell's "Happy". There is something catharsistic about sorrow. Live isn't easy, it's full of tears and pain and that's the only way to define happiness. For me this is what Fading is about. It's like finding a way from fucked up situation. Like a light at the end of the tunnel. Some said a Singer of Songs music is like a soundtrack for losers. It's not. It's an anthem for those who knows it won't be worst now, cause they hit the bottom. From now on it can be only better. It's an anthem for losers who accepted the fact they lost. And this acceptance change them into winners. "Fading" is an album of hope. I just regret I haven't got it with me when I was going through a hard time. Cause everyone went or will go through a hard time and this is what this record is about.

It is released on a white vinyl. It's beautiful! White disc with white labels, marked super simply "a" and "b". Inner sleeve with printed lyrics and some drawings. Cover itself, just black with a white tree but if you'll look closely you'll see whole background was made with a black marker. There aren't many projects which will fit into a "homemade" styling but "Fading" is definitely one of them. It is so real this way I almost regret I can't have it on a cassette. Branded as TDK or SONY with handwrite on it saying "a singer of songs, side a". But I have it on a white vinyl and it's marvelous and even though it seem like they don't care, they just sings songs which are folky something, they exactly knows what they doing and why. And it is something. Or maybe Something. With capitol S. Something to check, Something to listen. And I need more Something like this.

Nick Green Cheers to Ryan Besford woke up to the news of this album's birth-wonderful Favorite track: Darker Than Dark.

All these songs were written in a notebook by Lieven. Afterwards they were ripped from the pages, arranged and molded into the music you are listening to by Laura, Pau, Frank & Lieven. The four of them then went to Pastallé Sound, surrounded only by horses, hills and nothingness. Frank put wood on the fire and recorded the songs, praying for the wind to go silent. The ten songs were brought back to civilization and mixed by Frank in the intimacy of his home.