From Hello to Goodbye 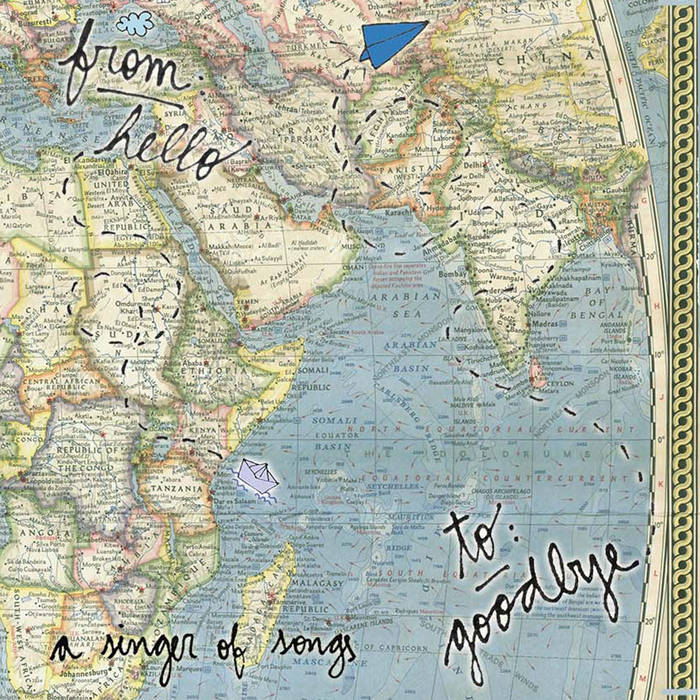 Jeremy / HI54LOFI I think this is Lieven's finest album yet… and I really liked all the other ones. Favorite track: Map of Lost Places.

Music Won't Save You

All songs written, played and home recorded by a Singer of Songs.

Laura Räsänen sang and played the violin pretty much everywhere.
Germán Gadea played the trumpet on ‘Autumn rain’, ‘Another day’ & ‘If I go’.
José Rosselló played & home recorded drums on ‘Another way of saying hello’, ‘Another day’, ‘Come back to me’, ‘The runner’ & ‘If I go’.
Rosa Otero, Vanesa Castelo, Mireia Alonso & Laura Monge sang on ‘Map of lost places’.

Aubben Renée dreamt some of the words of ‘Come back to me’ and was kind enough to send them to me.
Art by Lucía Mussini.
Photos by a Singer of Songs, Rosa Otero & Marina Matiukhova.
Mabel Alonso is the guide. Whichever way she goes, we follow happily. So if you want us to travel towards you, she’s the person to contact at mabel@soncanciones.com.